Ever wonder an MMA Fighter to be a vegan❓

It is already challenging for them to survive in those cages, so they need the adequate amount of protein they need from meat.

But, it is true that some famous MMA fighters live a healthy vegan life and slowly turn themselves into a whole plant-based diet.

So, to dig in further, we decided to post this article and let all the audiences know ✅5 Best Vegan MMA Fighters and how a vegan can be a successful MMA fighter.

But the first question arises, could a vegan become a successful MMA fighter?

Don’t know the answer? Keep reading, and you will find one.

★★★★★
$12.99
50 Delicious High Protein Vegan Recipes
Shop Now
To help you start your vegan journey, click on the above button to shop this book with 50 tasty recipes.

Can MMA Fighters Be Full-Time Vegans?

Nate Diaz and Nick Diaz are two famous personalities of the MMA championship.

They are famous because of mainly one person; they are both 1090% vegans and follow a full-time plant-based diet.

If you do not know about these two famous brothers, I think it is time to focus more on MMA media.

But, what am I exactly implying with this second story? You will get cleared of these doubts in the following section.

How Much Successful these Vegan Brothers Are?

The all-time famous fight Nate’s win over fighter Conor McGregor has been the hottest topic of the media in those days.

Nich also updated a tweet saying, “Conor McGregor got his ass kicked by a vegan.”

The career of Nate Diaz has been adventurous with over 21 fight wins and 12 losses; he probably has got a few more years left to prove further that the vegan diet is not holding him back one bit.

When Did the Diaz Brothers Start Vegan Diet?

We can predict from their recent interviews that the Diaz brothers have been vegan since 2009.

Nate said in an interview that they had been 100% vegan since he was 18 years old.

In recent years, their focus has shifted the other way towards raw Vegan. So, what does that say about the need for animal products to be a successful fighters?

Both of these brothers have managed to be highly successful for their entire professional careers without eating meat.

Yes, they built up extremely lean muscle mass without meat and have achieved a killer instinct in the cage that very few people in the world have.

Why Did the Vegan Brothers Become Vegan?

The Diaz brothers claim, and so that other MMA fighter, that having a vegan diet helps to recover faster after a fight. 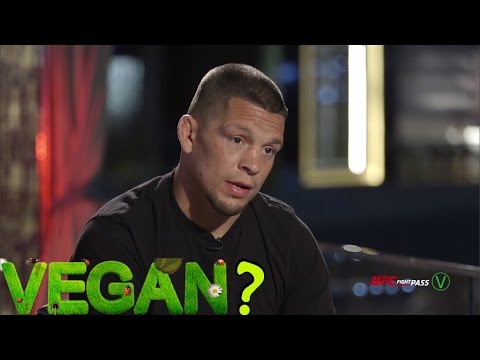 MMA fighters, but certain studies claim that having a vegan diet helps to restore the nutrients and proteins for a more extended period.

If we talk about the people who eat meat and other non-plant protein, they take longer to recover from any wound or fight.

Many experts believe that plant protein may be an essential factor in how fast muscle protein synthesis could work and how much it could benefit the muscles.

Yes, many other fighters are 100% vegan. But how do they manage to keep up in the cage while not having any poultry or meat protein?

They are proof that having a plant-based diet helps restore multiple vitamins and minerals in the body.

Now, we will give you some classic examples of all the MMA fighters, who are strictly following a plant-based diet, and still able to put their opponents knocked out.

With a successful 32 wins and 2 losses, fighter Jake Shields has been a long-time advocate of animal rights and privileges and an outspoken supporter of PETA.

Here’s another fighter that should be on every poster for the plant diet. As a ripped bodybuilder and recent novice to the Octagon, you’re likely to see him more regularly in the news.

This retired boxer is renowned for his win against Manny Pacquiao in 2012. Not only is he is a frank vegan, but he also goes through fasting periods.

This one more retired British boxer has spoken a lot about how plant protein has supported his intense training periods. He supposedly still avoids all meat and dairy products till now.

One of the newest stories sent showcases Jon Fitch’s switch to only eating plants. He says that it has made weight management and training recovery times so much easier.

❓ Are any MMA fighters vegan?

❓ Is a vegan diet a good diet for MMA fighters?

Nowadays, MMA(Mixed martial arts) will be the fastest-growing sport across the globe. As new training and techniques methods are evolving daily, MMA fighters are also changing their diet to vegan. MMA fighters find that they can build more muscle by following a vegan diet and lose weight tremendously that help them win more fights. In addition, there are various benefits of eating vegan, like it boosts your mood, prevents you from diabetes, reduces arthritis pain, etc.

❓ How to become a vegan MMA fighter?

One need to follow the below tips that help you to become a successful vegan MMA fighter:
1. A MMA fighter needs to go for the ideal vegan diet that mainly consists of vegetables and fruits, beans, grains, nuts, etc.
2. It is very crucial for vegan MMA fighters that they should ignore low-carb diets.
3. The MMA fighter does not avoid fat in their diet that helps them with endurance.

❓ What is the best list of vegan MMA fighters?

Many celebrities in the world are permanently going vegan.

Many renowned people support animal rights and privileges and boycotts every animal-made product, say it is a handbag or a seater.

There are many benefits of going vegan, and that too plant-based has its additional perks. But, this does not mean that the people who consume meat and poultry are harming the environment.

Everything in this world should remain balanced; if the balance is disturbed by humans, then the results we get are not very pretty.

So, Vegans are correct in their place, and meat-eaters are right in their area. If we can do something to make this world a better place, we will have to stop criticizing each other.

With this, we will wrap up today’s topic, which was why vegan MMA fighters are going plant-based, and we hope we have cleared your doubts.

If you still have any queries, then you can always post in the comments section below.🙂 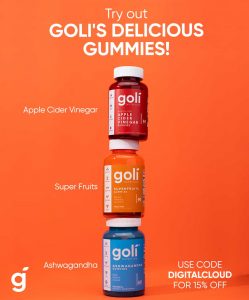 Bio Complete 3 Review: Is This Gundry MD Product Worth It? Starts at $49.95

Vitauthority Multi Collagen Protein Review: Is It Worth To Try?

Contents
How to place sliding contents in sidebar